This is a great visual illusion.

The top and bottom chess pieces radiate the same luminance. (I did some sampling to check, and it seems to check out.) 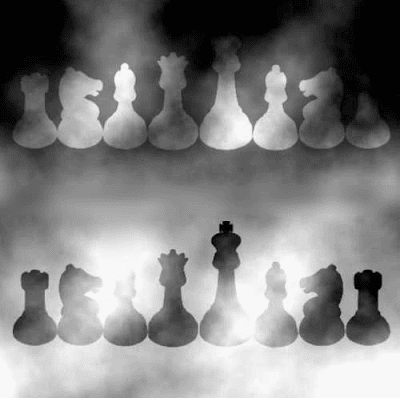 (Tip of the cap to Luiz Pessoa.)

The Rock & Roll Hall of Fame has announced its 2022 inductees! They include Duran Duran, Eurythmics, Pat Benatar, and Harry Belafonte. 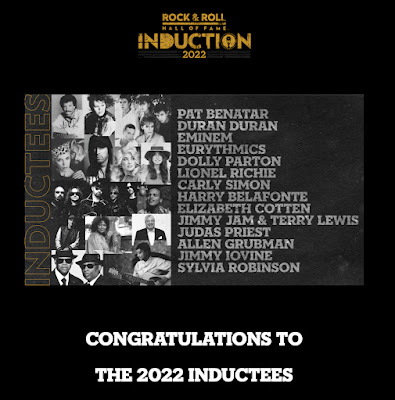 A book chapter of ours was just published in final form. It is Chapter 16 in this book. Here are some other details about it.

Abstract: In this chapter, we discuss applications of topological data analysis (TDA) to spatial systems. We briefly review a recently proposed level-set construction of filtered simplicial complexes, and we then examine persistent homology in two cases studies: street networks in Shanghai and anomalies in the spread of COVID-19 infections. We then summarize our results and provide an outlook on TDA in spatial systems.

A new paper of mine was published in final form today. The project started in January 2017 as a group project by students in the first course that I ever taught at UCLA. It's taken awhile, but we're finally done!

Abstract: In urban systems, there is an interdependency between neighborhood roles and transportation patterns between neighborhoods. In this paper, we classify docking stations in bicycle-sharing networks to gain insight into the human mobility patterns of three major cities in the United States. We propose novel time-dependent stochastic block models, with degree-heterogeneous blocks and either mixed or discrete block membership, which classify nodes based on their time-dependent activity patterns. We apply these models to (1) detect the roles of bicycle-sharing stations and (2) describe the traffic within and between blocks of stations over the course of a day. Ourmodels successfully uncover work blocks, home blocks, and other blocks; they also reveal activity patterns that are specific to each city. Our work gives insights for the design and maintenance of bicycle-sharing systems, and it contributes new methodology for community detection in temporal and multilayer networks with heterogeneous degrees.

Posted by Mason at 10:42:00 AM No comments:
Labels: me, multilayer networks, publications, stochastic block model, teaching

A Gallery of Ancience d20 Dice

Here is a gallery of ancient d20 dice. I love it! (It includes the one that I discussed in this post. Also see this post and this post. The second of these also showed up in a previous post.

Also, this reminds me: I need more dice.

(Tip of the cap to Chris Klausmeier.)

Hence is the Relief Pitcher

Tink Hence, a relief pitcher, is a prospect in the Cardinal's farm system.

I hope that he makes the Majors, so that we can bring back more of these jokes. My favorite one was when Chin Lung Hu came up with the Dodgers; I always wanted him to reach first base.

And Hence's first name is also great. "Tink Hence" is such a great baseball name. Because.

The Dodgers have reached a deal with free agent Freddie Freeman. As usual with the Dodgers, it'a Moneyball with money.