Well, the April 1st arXiv articles are out, and sure enough there are some of them that are in honor of April Fool's Day. For example, there is one about Taylor Swift and a paper that is "coauthored" by a cat in which the cat "analyzes" a laser pointer and a dot on a wall as a coupled dynamical system.

Update: Here are some other papers, although I don't think the one about procrastination qualifies. I saw that one in my own arXiv scouring, and in my opinion that one is more of the 'improbable research' style (something that first makes you laugh and then makes you think), rather than something that is simply a joke. (Tip of the cap to Celeste Labedz.)

Update (4/01/21): The article that I was thinking of — which concerns our poor estimation of how long things take — was indeed intended as a sort of a joke (based on the author's Twitter thread), but my own view of it is still as an example of 'improbable research'.

Update (4/01/21): Some department websites also experienced a few changes. (Tip of the cap to Karen Daniels.)

Update (4/02/21): There is also now an article about various spoofs in physics and astronomy.

Update (4/02/21): The Santa Fe Institute finally created a web page for Dr. Ian Malcolm. Life finds a way, so to speak. (It has long been rumored that a certain SFI faculty member provided some inspiration for the fictional scientist. (As a subtle hint, think of The Power Law OF DOOM.)

Now where did I put my 👉Finger of Contempt? https://t.co/Y1yoNVLMtm

"Connecting the Dots: Discovering the “Shape” of Data"

Another of my expository papers just came out in final form. Here are some details.

Title: Connecting the Dots: Discovering the “Shape” of Data

Abstract: Scientists use a mathematical subject called topology to study the shapes of objects. An important part of topology is counting the number of pieces and the number of holes in an object, and researchers use this information to group objects into different types. For example, a doughnut has the same number of holes and the same number of pieces as a teacup with one handle, but it is different from a ball. In studies that resemble activities like “connect-the-dots,” scientists use ideas from topology to study the “shape” of data. Ideas and methods from topology have been used to study the branching structures of veins in leaves, voting in elections, flight patterns in models of bird flocking, and more.

Our introduction to topological data analysis (TDA) for teenagers and preteens is finally out in final form in Frontiers for Young Minds: https://t.co/6KQF2yyJUn@michellehfeng, Abby Hickok, Yacoub Kureh, MAP, & @chadtopaz

The 2021 Abel Prize goes to to mathematician László Lovász and computer scientist Avi Wigderson "for their foundational contributions to theoretical computer science and discrete mathematics, and their leading role in shaping them into central fields of modern mathematics."

My Top-5 Emoji: The Power of Positive Thinking

Yup. My top-5 emoji certainly do appear to be my aesthetic.

Because I believe in the power of positive thinking. https://t.co/XizplVRldD

This is very cool!


Previously, I blogged about an ancient Roman dice tower and an ancient Egyptian d20.

(Tip of the cap to Chris Klausmeier.) 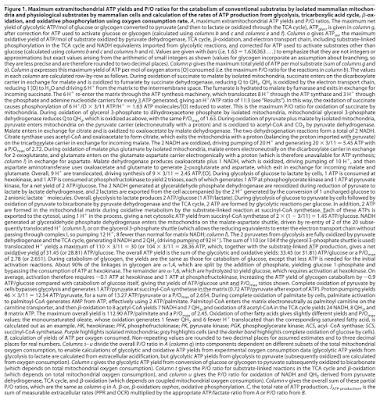 Clearly, it needs a figure to go with it.

(Tip of the cap to Jesús Cuevas Maraver, who retweeted this tweet.)