I am off to China for the first time since 2010, and this time I'll be visiting Beijing.
Posted by Mason at 7:44:00 AM No comments:
Labels: me, travel

Quiz: Guess the Paper Topic from the Last Line of the Abstract

Here is the last line of a recent paper's abstract: Moreover, this work presents a new and computationally non-expensive method to account for shrinkage.

Your job is to guess the topic of the paper. (In case you want to cheat, you can look at the paper.)
Posted by Mason at 10:37:00 PM No comments:
Labels: amusing, arxiv, papers, research

It was announced today that KFOG 104.5 is soon going to stop playing its brand of music and will instead simulcast from its sister sports station KNBR.

After KSCA 101.9's brief adult-alternative format died (it too broadcast The Dr. Demento Show) and it was possible to get radio stations from around the country over the internet, I listened to KFOG (which had a similar format, as well as Dr. D) a good amount for a while. Whenever my Mac would die and I didn't have access to iTunes for a while, KFOG was a also a station that I sought out during the dry spells.

Alas, as announced today, KFOG is switching formats after many years. It's a pity. In many ways, it's a natural progression — I, and many others, meet our musical needs differently nowadays — but it still makes me feel a bit sad.

Incidentally, it was through 101.9 and the aforementioned format that I first heard a song by Loreena McKennitt.
Posted by Mason at 4:51:00 PM No comments:
Labels: Dr. Demento, music, obituaries, radio, radio shows, radio stations

I think that I was pretty clever with this one. :)

I hope that some of you will be able to figure out the song.

Kumi Yamashita's art with light and shadow is very cool!


The unique light and shadow installations of artist Kumi Yamashita are usually made from ordinary, everyday objects – building blocks, thread, nails, paper cutouts, fabric, and wood, which she then manages to turn into sophisticated imagery https://t.co/OhF8hLF7HA pic.twitter.com/bCRGwq1vMA


A few weeks ago I left a cicada shell on my colleague’s desk to scare her. Today I came in to find this on my desk - our full lab reconstructed in terrifying detail. There’s an Irish one wearing glasses READING MY REVIEW PAPER. I’m simultaneously traumatised and dying of laughter pic.twitter.com/NzF25pBpYe

(Tip of the cap to Lindsey N. Walker.)

Trying to Trademark the Word "The"

THE Ohio State University is apparently trying to trademark the word "the". Oy vey.

List: "Critically Acclaimed Horror Film of the 2010s or Your Ph.D. Program"

Well, this list is both amusing and cynical (with several loud rings of truth, unfortunately).

(Tip of the cap to Suzanne Sindi.)

New XKCD: How Many Coins for a Cinnamon Roll?

The latest xkcd is great!

I am heading over to Dublin for this year's WorldCon!

My schedule is below.

I'll be presenting a few mathematical and science things at #WorldCon2019 #Dublin2019 (@Dublin2019) in a couple of weeks, my first time presenting at a science-fiction convention!

Here is my schedule.

One of my Favorite Oxonian Ironies: 5 Years Ago Today

Oxford is a place of ironies — that's one of its great charms — and one of my favorite ones occurred 5 years ago today.

On that day, an outdoor showing of the movie "Singing in the Rain" was cancelled because of rain. pic.twitter.com/701kNm1Xk4

Tales from the ArXiv: An 81-Panel Figure 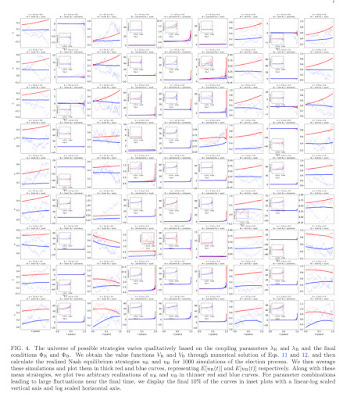 This figure is from this paper.

I need to get myself some of these critical-failure dice, which replace the "1" (for critical misses, of course) in the 20-sided die by the f-word. I want some!

And I especially like the new rainbow version of these dice!

If the exact intersection of your interests is graphic design and a deeply abiding hatred of partisan gerrymandering, then have I got the font for you: pic.twitter.com/w1j6iQvANh